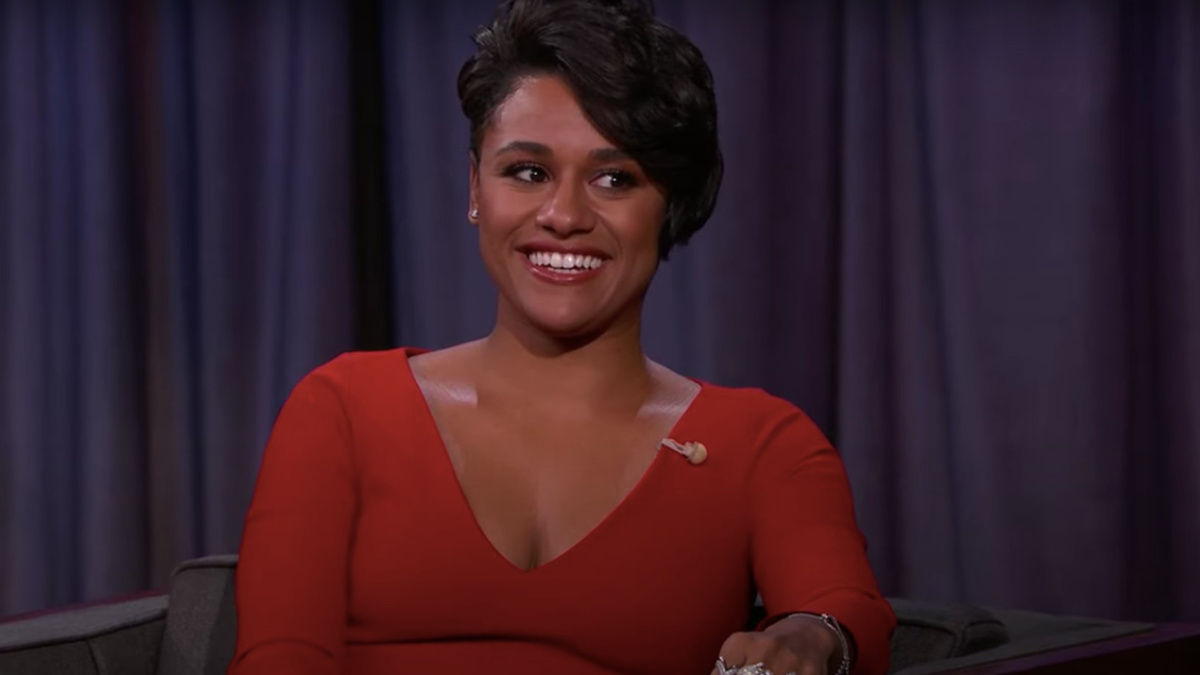 Steven Spielberg’s version of West Side Story hits cinemas on December 10. Tony nominee and former Broadway.com vogger Ariana DeBose, who plays Anita in the film, appeared on Jimmy Kimmel Live on December 9 to talk about the exciting week she’s had ahead of the film’s release. She spoke about everything from attending the Los Angeles premiere of West Side Story to the importance of the role to Latinas to why Rita Moreno has one of her bras. She also recalled meeting Spielberg while performing in the original company of Broadway’s Hamilton. “He was signing the wall outside Chris Jackson’s dressing room. He wrote, ‘This is history,'” she said. “He walked down the stairs, and I said, ‘Sir, thank you for coming to our little skit.’ He said, ‘Skit?! That’s good.’ We had a very brief conversation. Later on, when we were making the movie, he goes, ‘I actually remember meeting you. I had a thought of, ‘I think I’m going to make something with her.”” Watch the interview below!