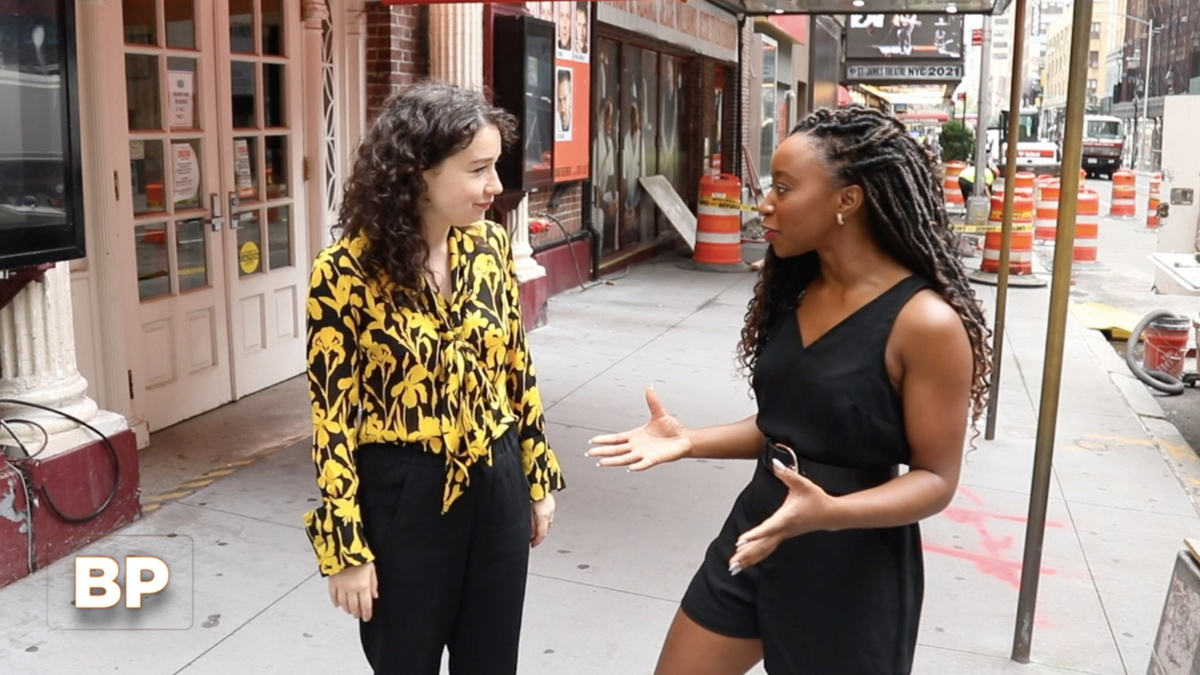 Stage and screen star Sarah Steele has joined the slew of Broadway alums starring on the latest season of The Good Fight, including Mandy Patinkin, Christine Baranski and Audra McDonald. Steele talked on Broadway Profiles with Tamsen Fadal about what it is like working with these stars. "I really feel like I am pinching myself," she told Broadway.com correspondent Charlie Cooper. "Honestly, any moment that I get to talk to Audra about her life and experience—I can't get enough. I'm just obsessed with her. I'm obsessed with Christine too, of course. Audra is sort of more new. I feel like I'm still in my first blush of being in love with Audra, whereas Christine I've been in love with for years."

Cooper spoke with Steele just outside the Hayes Theater, where the Tony-winning play The Humans, in which Steele appeared, opened on Broadway in 2016. "God, I really had the time of my life here doing The Humans. It feels like a kind of a rebirth even being back in this area," she said. "We're in such a unique time in that we've gotten to just step back from our life for a year and then reenter it. I'm so excited for theater to come back, and I'm so excited to be on stage again. I feel like when I do it, I will be doing it with an entirely new world view. When I come back to the theater, I will be armed with a lot more strength and wholeness in myself."

Check out the interview below, and head here to check your local listings for Broadway Profiles. Hosted by Emmy-winning anchor Tamsen Fadal and powered by Broadway.com, it is the only nationally syndicated weekly theater news program.