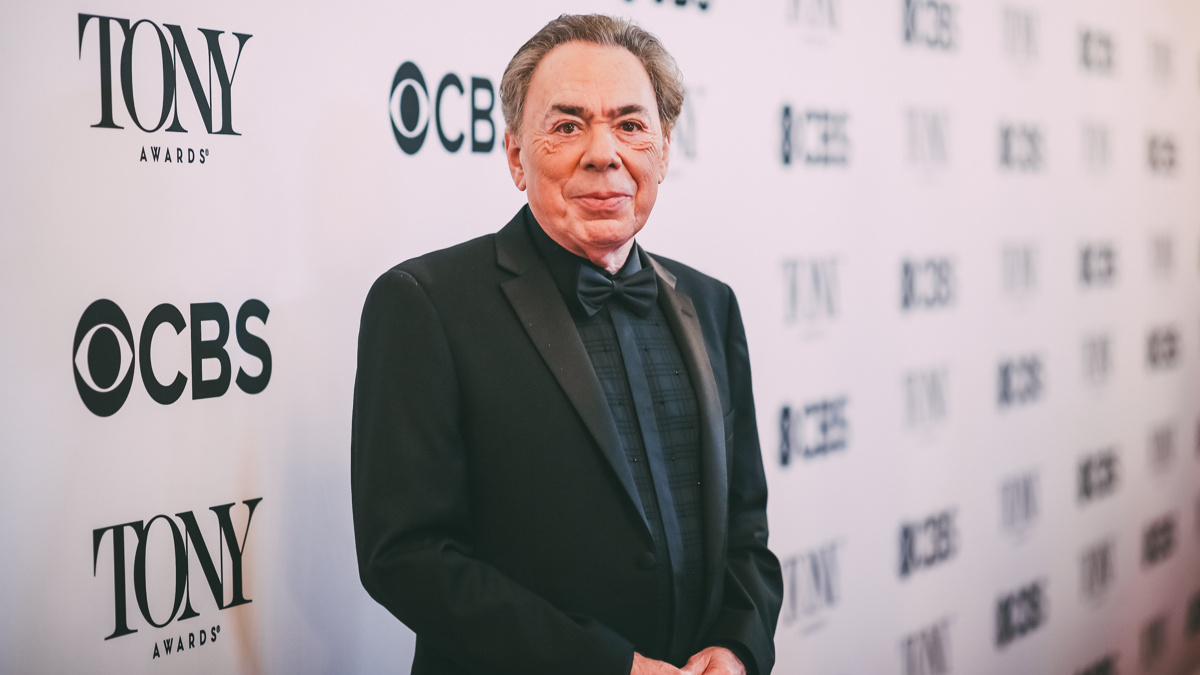 Andrew Lloyd-Webber Receives Experimental COVID-19 Vaccine
Composer Andrew Lloyd Webber is dedicated to reopening theaters safely in the wake of the coronavirus crisis. He took to Twitter on August 12 to share that he would be participating in an experimental vaccine trial on August 13: “I’ll do anything to prove that theaters can re-open safely,” he said. As previously reported, Lloyd Webber has been running a series of reopening tests at the London Palladium since early July. On July 23, a socially distanced audience witnessed a live performance from Olivier nominee and Cinderella movie-bound star Beverley Knight at the venue.

Watch Tim Minchin Discuss His New TV Show & Album
Tim Minchin, who earned Tony nominations for scoring the Broadway musical adaptations of Matilda and Groundhog Day, appeared on The Late Late Show with James Corden on August 12 to talk about his Sundance Now series Upright as well as his new album Apart Together. “I’ve been writing songs for 35 years, and I’ve finally put down a studio record,” he said. Watch the full interview below, and get ready for Apart Together‘s release on November 20!

Beanie Feldstein to Voice Title Character in Harriet the Spy Series
Broadway alum Beanie Feldstein will voice the first-ever animated adaptation of the beloved children’s novel Harriet the Spy. Written and executive produced by Will McRobb, the Apple TV+ series is set in the 1960s and centers on a fiercely independent 11-year-old girl. According to The Hollywood Reporter, the voice cast will also include Glee vet Jane Lynch as her no-nonsense nanny Ole Golly and Mean Girls movie actress Lacey Chabert as school queen bee Marion Hawthorne.

Bette Midler to Publish Children’s Book About the Central Park Mandarin Duck
Tony winner Bette Midler will publish a children’s picture book The Tale of the Mandarin Duck: A Modern Fable from Random House Books for Young Readers on February 16, 2021. Featuring photographs from Michiko Kakutani and illustrations from Joana Avillez, the book is inspired by the real-life, rainbow-colored mandarin duck that appeared in New York City’s Central Park in 2018. Some even referred to the duck as Mandarin Patinkin. A vibrant children’s book about a duck and a Mandy Patinkin reference? There’s a Sunday in the Park with George joke in there somewhere.