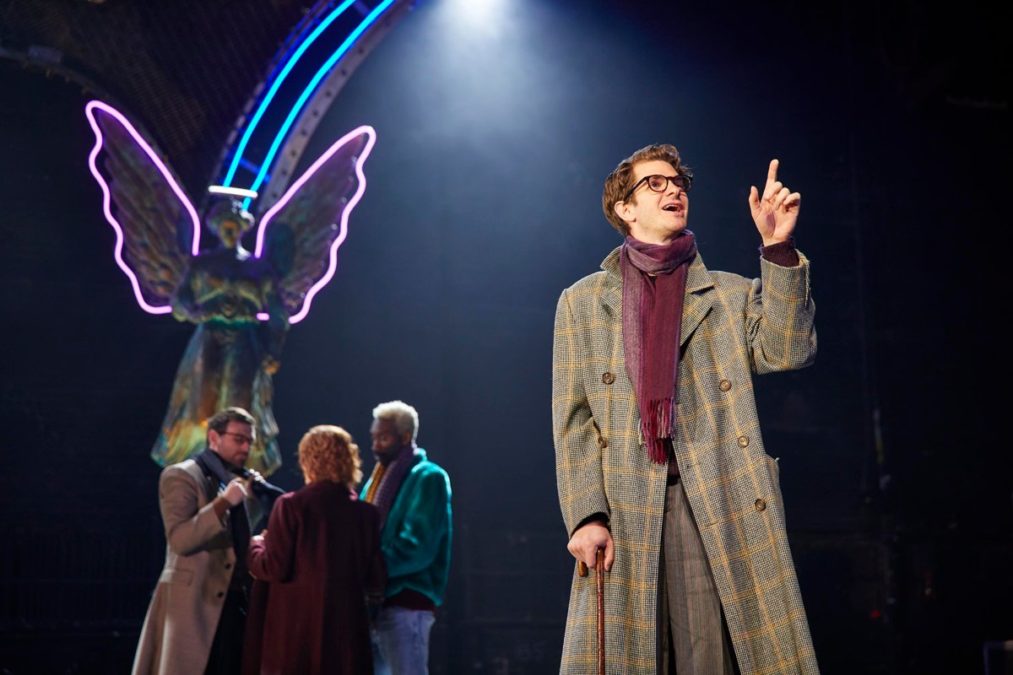 More Life! Angels in America Wins Tony for Best Revival of a Play

Angels in America has won the Tony Award for Best Revival of a Play! It beat out fellow nominees Lobby Hero, Three Tall Women, The Iceman Cometh and Travesties.

The producers and the cast took the stage to accept the award and allowed playwright Tony Kushner to take over the microphone. After encouraging the audience to see the show before it closes on July 15 and register to vote, Kushner ended his speech by saying, "What kind of a homosexual would I be if I didn't say: It's June 10—Happy birthday, Judy Garland!"

The new staging of Tony Kushner's two-part drama began performances on February 23 at the Neil Simon Theatre. Marianne Elliott directs the pair of works about the early years of AIDS—titled Millennium Approaches and Perestroika—which officially opened on March 25. The revival received a record-breaking 11 Tony nominations.

Congratulations to the company of Angels on this incredible honor!

Learn more about the play by watching the show clips below!


Listen to the cast talk about the importance of the play on this opening-night episode of The Broadway.com Show.