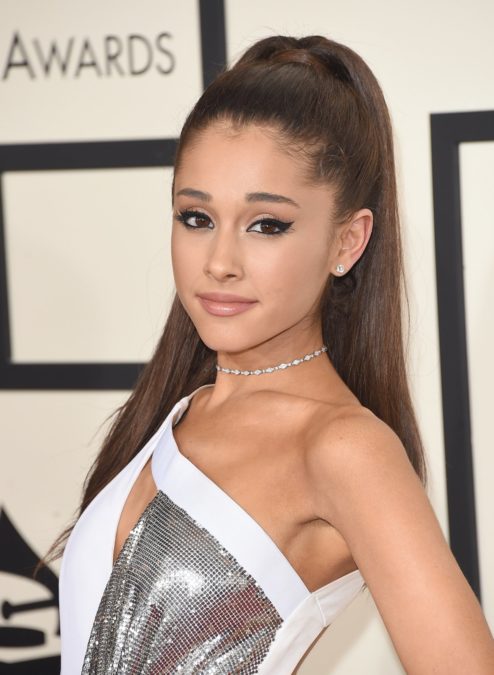 Mama, this dangerous woman is a big girl now! Ariana Grande has joined the cast of NBC’s Hairspray Live!. The pop superstar and Broadway alum will take on the role of Penny Pingleton for the December 7 broadcast, joining a roster that includes the previously reported Kristin Chenoweth, Harvey Fierstein, Jennifer Hudson and newcomer Maddie Baillio.

Grande, who appeared on Broadway back in 2008 in Jason Robert Brown’s 13, earned Grammy nominations last year for her pop album My Everything and “Bang Bang” with Jessie J and Nicki Minaj. Sticking to her musical theater roots, she reunited with Brown in April for a lounge arrangement of her single “Dangerous Woman” at the MTV Movie Awards. She's appeared on screen previously in Scream Queens, Victorious and Saturday Night Live (on which she played a particularly sassy Maria in a Sound of Music sendup).

Rounding out the previously reported lineup are Derek Hough and Martin Short. Additional casting, including the role of Penny's beau Seaweed, will be announced later. In the meantime, check out Grande's adorable excitement about the news below!

most of you know that i'm really just a musical theater geek…. like a really big one… so…. my heart is very full re: this announcement
— Ariana Grande (@ArianaGrande) July 7, 2016

Penny has been a dream role since Hairspray opened on Broadway. At 9, I was (and still am) in LOVE w @KerryButlerNyc. hope to make u proud
— Ariana Grande (@ArianaGrande) July 7, 2016