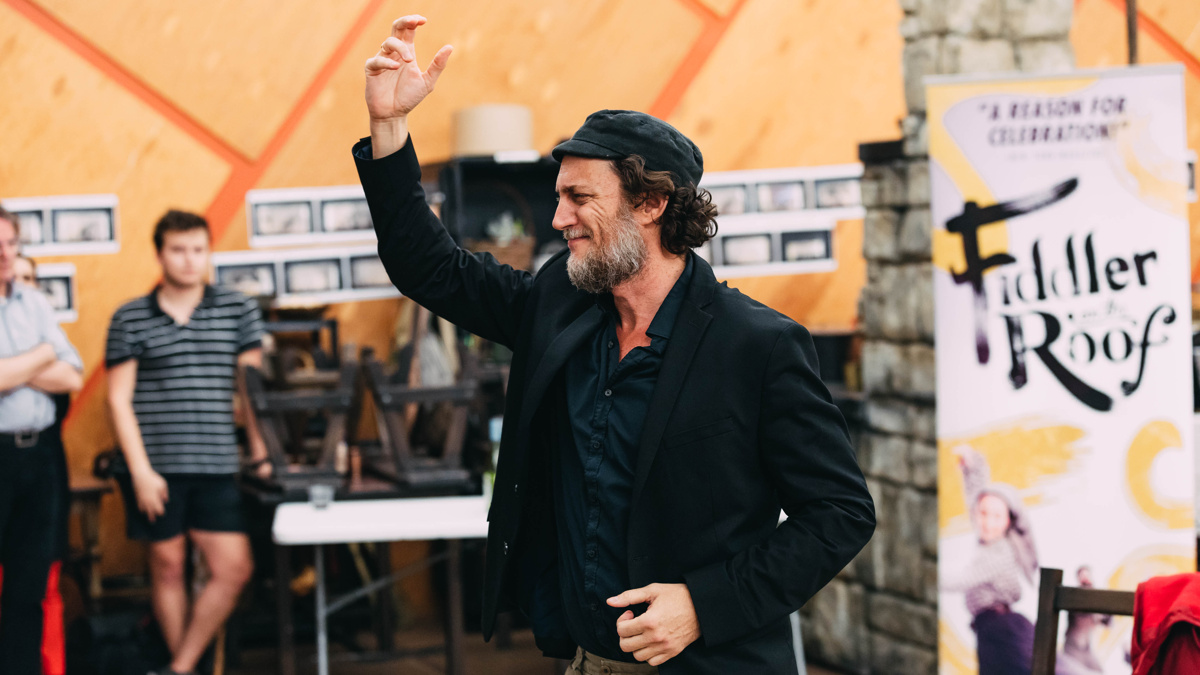 Fiddler on the Roof National Tour, Starring Yehezkel Lazarov, Will Resume in October

L'chaim! The national touring production of Fiddler on the Roof will resume performances at the North Charleston Performing Arts Center on October 29. Acclaimed Israeli actor and director Yehezkel Lazarov returns to the production as Tevye. The Bartlett Sher-helmed musical was traveling across the country before going on hiatus due to the COVID-19 pandemic.

A beloved theatrical classic from Tony winner Joseph Stein and Pulitzer Prize winners Jerry Bock and Sheldon Harnick, Fiddler on the Roof is the heartwarming story of fathers and daughters, husbands and wives, and life, love and laughter. This classic musical is rich with Broadway hits, including “To Life (L’Chaim!),” “If I Were A Rich Man,” "Sunrise Sunset,” "Matchmaker, Matchmaker” and “Tradition.”

The original Broadway production of Fiddler on the Roof, which opened in 1964 and featured choreography by Jerome Robbins, was the first musical in history to surpass 3,000 performances. The show won the 1965 Tony Award for Best Musical in addition to eight other Tony Awards that year. This acclaimed revival bowed on Broadway in 2015 and earned three Tony nominations.