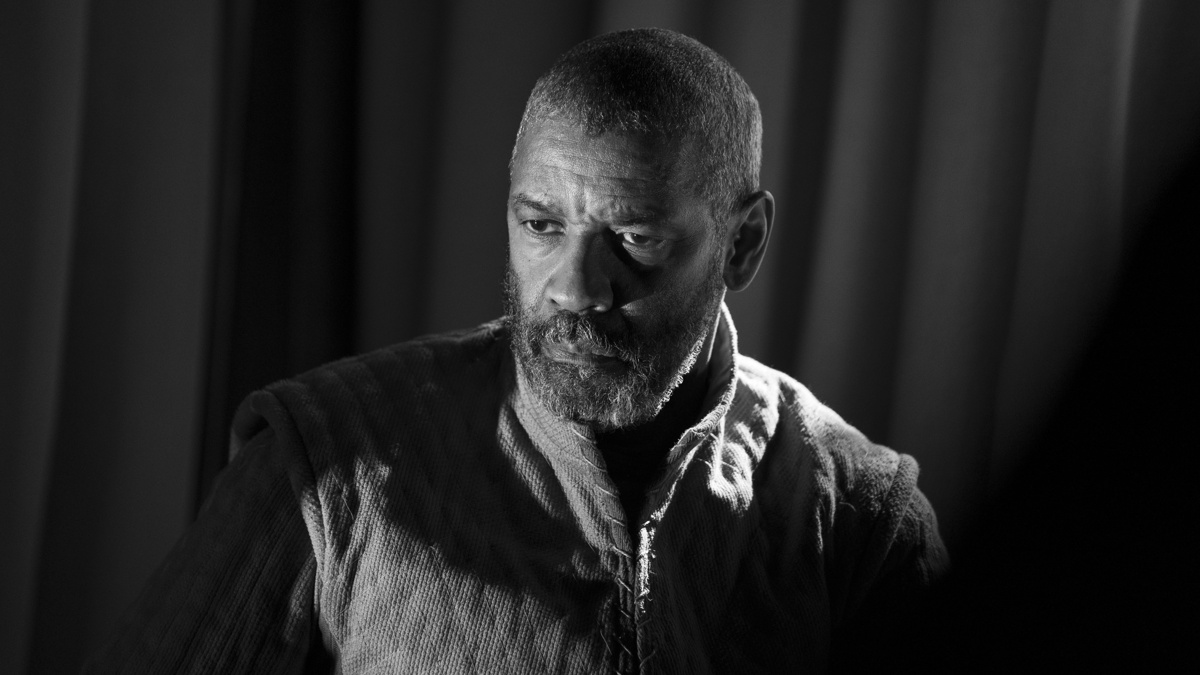 Denzel Washington on the Process of Making The Tragedy of Macbeth

Joel Coen’s The Tragedy of Macbeth, starring Tony winners Denzel Washington and Frances McDormand, is getting plenty of awards season attention, earning spots on both the American Film Institute and National Board of Review‘s lists for the top 10 films of the year. With Oscar nominations coming in just a few weeks, Washington appeared on The Broadway Show to discuss the project.

“We rehearsed the film like it was a play,” Washington said. “It was all shot on sound stages. It was like we were moving from one set to another, so it was like small, one-act plays.” The two-time Oscar winner garnered a Tony Award in 2010 for his performance in August Wilson’s Fences alongside Viola Davis, who also took home a Tony for her role in the revival. He earned a 2018 Tony nomination for his most recent Broadway performance in The Iceman Cometh. His other Broadway credits include Raisin in the Sun, Checkmates and Julius Caesar.

Washington unites with McDormand for Macbeth, as well as Tony nominee Corey Hawkins, who made a splash as Benny in the big-screen version of Lin-Manuel Miranda‘s In the Heights and who has been tapped to play Harpo in Steven Spielberg and Oprah Winfrey’s The Color Purple film remake. “Frances is brilliant and powerful and obviously very talented—and as is our entire cast,” Washington said. “Joel, Francis and I got a lot of energy from the younger actors and actresses and what they were bringing to the table.”

Hawkins spoke about the process of working with the heavy-hitters on the film: “Denzel always said—and I’ve always heard this, growing up—’Stay ready so you don’t have to get ready.'”

Watch the interview below, and head here to check your local listings for The Broadway Show. Hosted by Emmy-winning anchor Tamsen Fadal, it is the only nationally syndicated weekly theater news program.