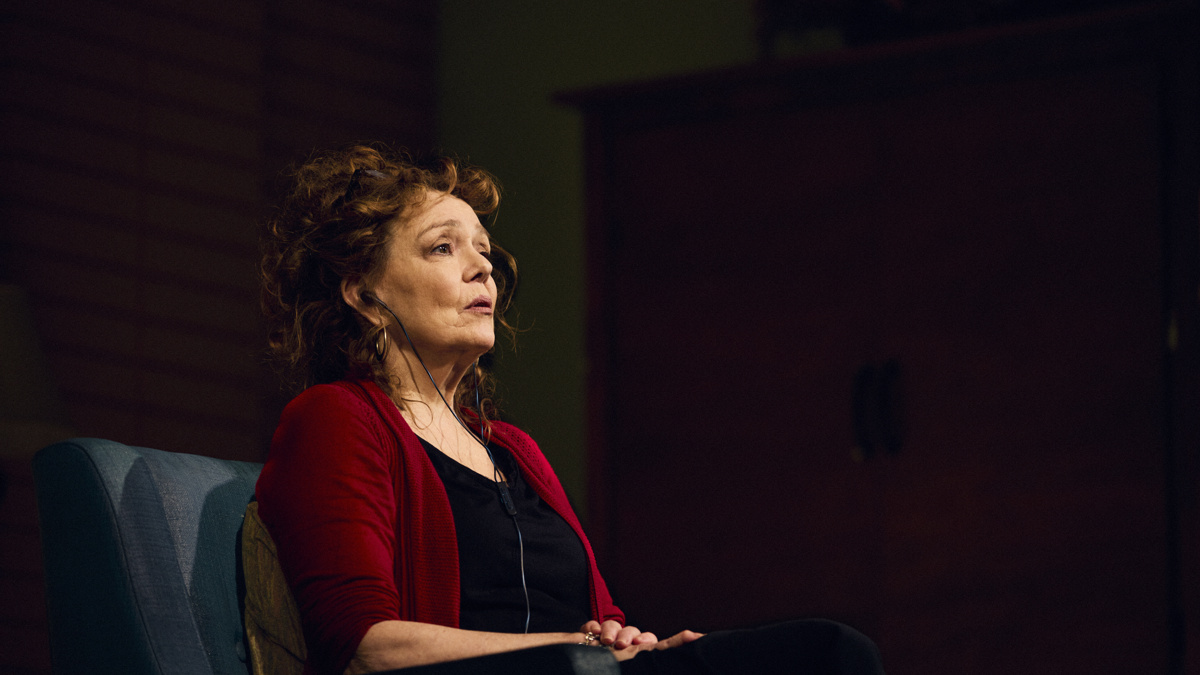 Deirdre O’Connell earned her first the Tony Award for her performance in Dana H.</i>; she won in the category of Best Leading Actress in a Play. The win was announced at the 2022 Tony Awards ceremony on June 12 at Radio City Music Hall. She beat out fellow nominees Gabby Beans (The Skin of Our Teeth), LaChanze (Trouble in Mind), Ruth Negga (Macbeth) and Mary-Louise Parker (How I Learned To Drive). Mikhail Fiksel also won a Tony Award for his Sound Design work on Dana H.

“I am the face of a very large beast that made Dana H.” O’Connell said. “I would love this little prize to be a token for every person who is wondering, ‘Should I be trying to make something that could work on Broadway or that could win me a Tony Award? Or should I be making the weird art that is haunting me, that frightens me, that I don’t know how to make, that I don’t know if anyone in the whole world will understand?’ Please let me standing here be a little sign to you from the universe to make the weird art.”

This marks Deidre O’Connell’s first Tony Award. Her performance in Dana H. also earned her an Obie Award, an Outer Critics Circle Award as well as a Drama Desk Award nomination. Her additional Broadway credits include Magic/Bird and The Front Page.