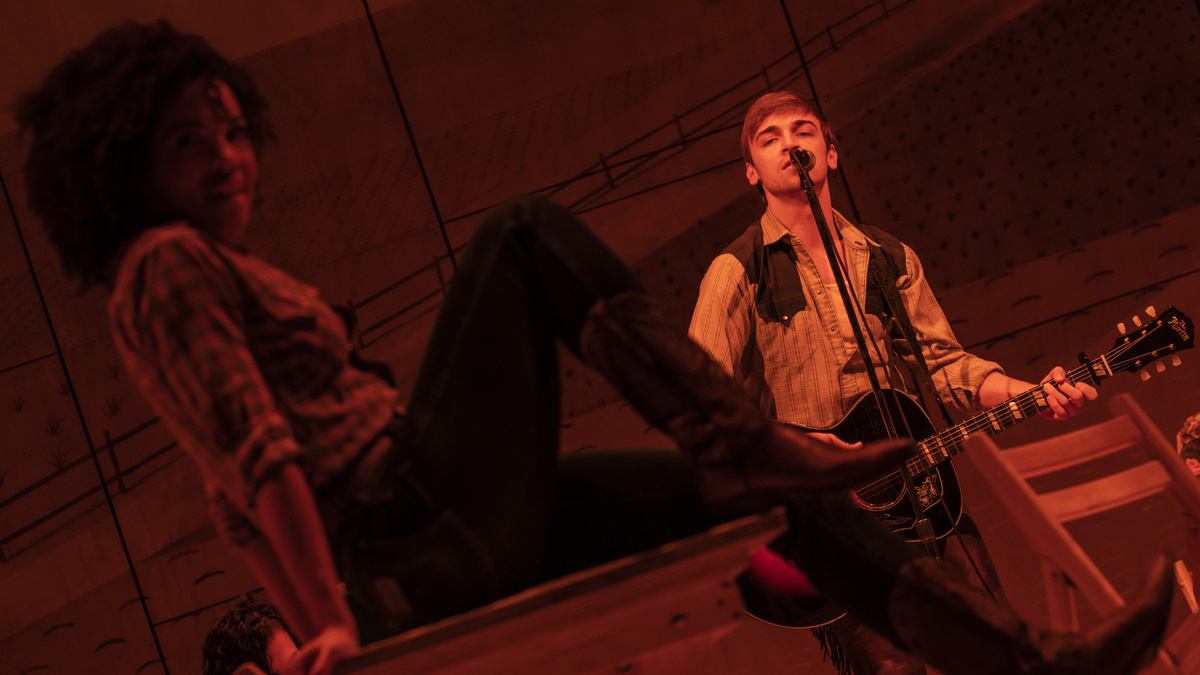 Check Out Photos from the National Tour of Tony-Winning Oklahoma!

Oh, what a beautiful first look! The national touring production of the Tony-winning revival of Oklahoma! kicked off performances at the Orpheum Theatre in Minneapolis, Minnesota this week; it will then head out on a 25-city tour across the country. As previously reported, leading the company is Sasha Hutchings as Laurey Williams, Sean Grandillo as Curly McLain, Chris Bannow as Jud Fry and Sis taking on the role of Ado Annie Carne. Directed by Daniel Fish, this is Oklahoma! as you’ve never seen or heard it before, re-orchestrated and reimagined for the 21st century. Take a look at the exciting production below, and catch it live when it comes to a city near you!