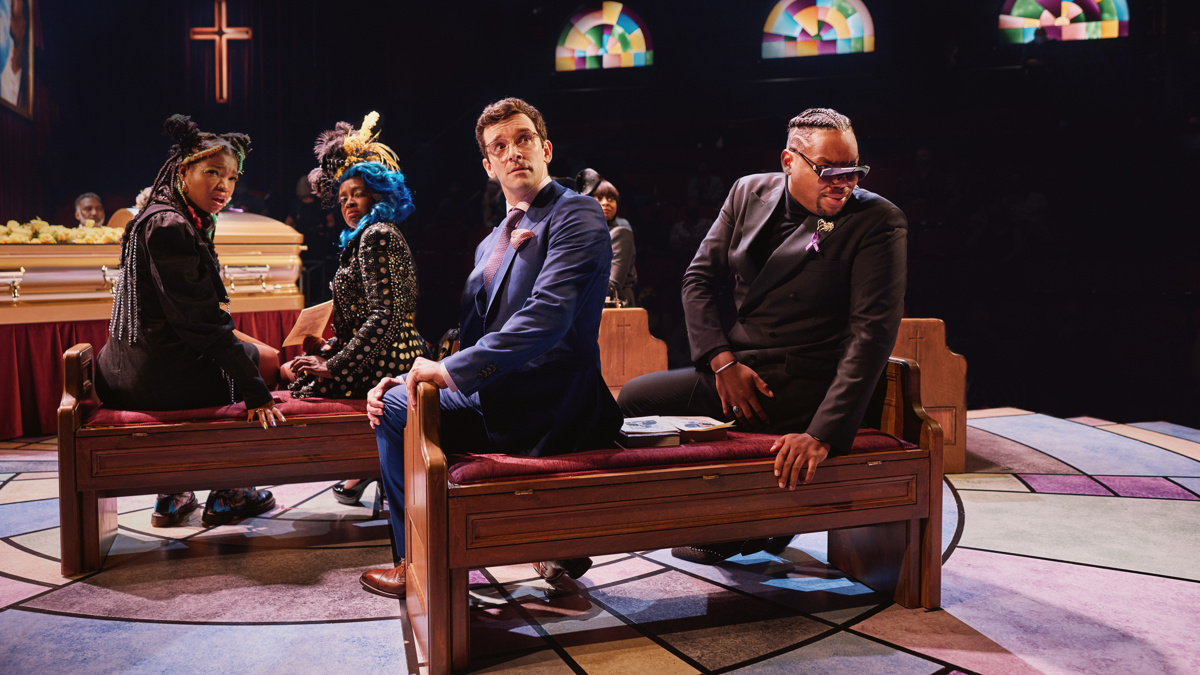 It’s time for a family reunion thanks to the Broadway debut of Douglas Lyons’ comedy Chicken & Biscuits, which officially opens at the Circle in the Square Theatre on October 10. Starring Norm Lewis, Michael Urie, NaTasha Yvette Williams, Cleo King, Devere Rogers and more, the Zhailon Levingston-directed production follows the Jenkins family as they come together to celebrate the life of their father, hopefully without killing each other. Any hope for a peaceful reunion unravels when a family secret shows up at the funeral. Get to know the cast by checking out the production photos below!