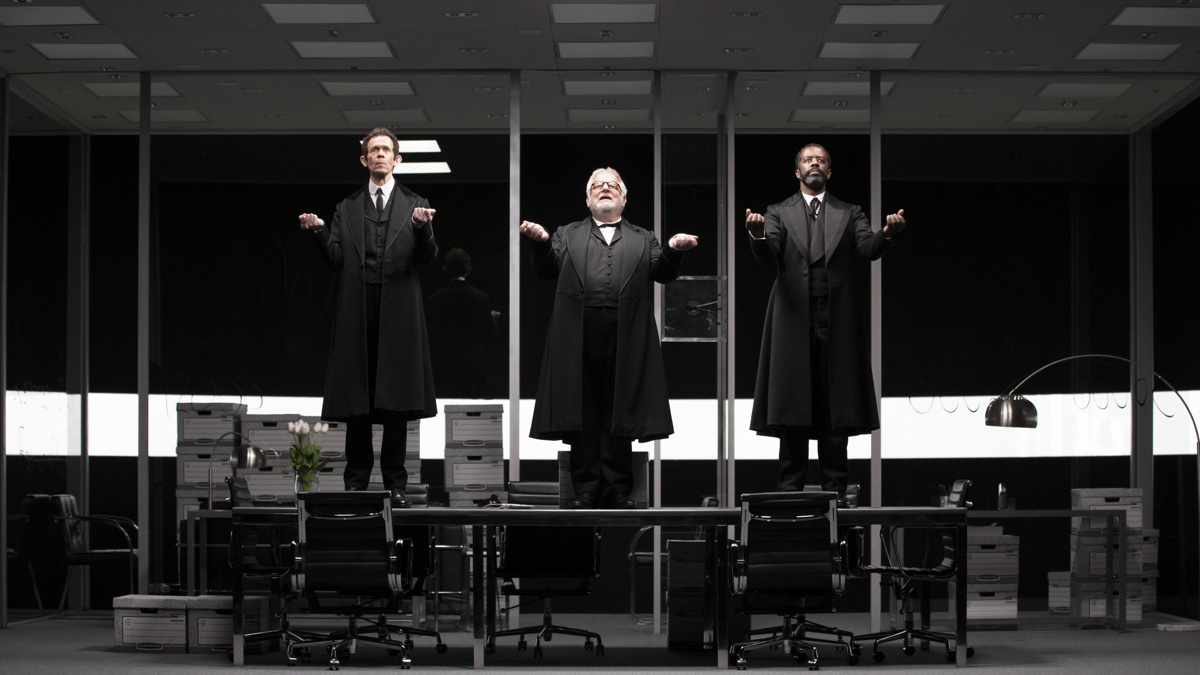 Broadway’s The Lehman Trilogy to Be Adapted into Television Series

Stefano Massini’s The Lehman Trilogy, which has been adapted by Ben Power and is currently running at Broadway’s Nederlander Theatre, will be turned into a television series, according to Variety. The series is being developed for the international market by Italy’s Fandango. Playwright Massini is on board to oversee the adaptation.

“It’s very rare that a theater piece by an Italian manages to get this type of exposure outside Italy,” said Domenico Procacci, chief of Italy Fandago. He also and applauded Massini’s ability “to tell so effectively a story that doesn’t have any Italian elements, since most of it takes place in the U.S.”

The Lehman Trilogy celebrated its opening night at Broadway’s Nederlander Theatre on October 14. Sam Mendes directs Adam Godley as Mayer Lehman, Simon Russell Beale as Henry Lehman and Adrian Lester as Emanuel Lehman in the play that weaves through nearly two centuries of Lehman lineage, following the brothers from their 1844 arrival in New York City to the 2008 collapse of the financial firm bearing their name.

The Mendes-helmed production bowed in London’s West End before transferring to Broadway, where it earned five Olivier Awards nominations, including Best New Play. Luca Ronconi directed the Italian premiere in 2015 at Piccolo Teatro in Milan. It was the Milan production that inspired Mendes to stage a condensed English-language version of the play.

More information about the television series, including a production timeline and casting, will be announced later.