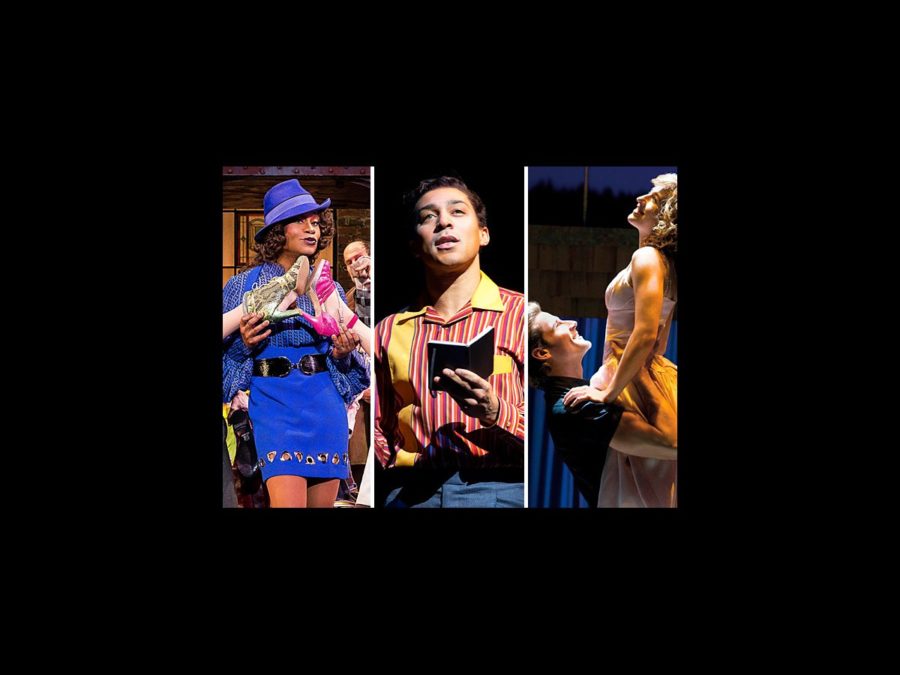 
A fabulous well-heeled drag queen, the iconic superstars of Hitsville U.S.A. and a couple of dancing lovebirds are set to arrive in Beantown for Boston's 2014-2015 Broadway season! The 2013 Tony Award-winning musical Kinky Boots, Berry Gordy's Motown The Musical and Dirty Dancing will be part of Lexus Broadway in Boston's upcoming season. The lineup will also include Disney's blockbuster musicals The Lion King and Newsies and the intenational smash hit Mamma Mia!.

THE LION KING
SEPTEMBER 9-OCTOBER 12, 2014
BOSTON OPERA HOUSE
Experience the phenomenon. Visually stunning, technically astounding and with a musical score like none other you’ve ever heard. Giraffes strut, birds swoop, gazelles leap. The entire savannah comes to life and as the music soars, Pride Rock slowly emerges from the mist. See the Tony Award-winning Broadway sensation that Newsweek calls “a landmark event in entertainment.” The New York Times says, “There is simply nothing else like it.” Marvel at the breathtaking spectacle of animals brought to life by a cast of more than 40 actors. Wonder at the inspiration of award-winning director Julie Taymor, who created visual images for this show that you’ll remember forever. Thrill to the pulsating rhythms of the African Pridelands and an unforgettable score including Elton John and Tim Rice’s Oscar-winning song “Can You Feel The Love Tonight” and “Circle of Life.”

MAMMA MIA!
OCTOBER 28-NOVEMBER 2, 2014
CITI EMERSON COLONIAL THEATRE
Mamma Mia! is the ultimate feel-good show that has audiences coming back again and again to relive the thrill. Now it’s your turn to have the time of your life at this smash-hit musical that combines ABBA’s greatest hits, including “Dancing Queen,” “S.O.S.,” “Super Trouper,” “Take A Chance on Me” and “The Winner Takes It All,” with an enchanting tale of love, laughter and friendship. Whether it’s your first visit or your fourteenth, see the show that has the whole world coming back for more, because every time feels like the first time at Mamma Mia!.

MOTOWN THE MUSICAL
JANUARY 27-FEBRUARY 15, 2015
BOSTON OPERA HOUSE
It began as one man's story… became everyone's music… and is now Broadway's musical. Motown The Musical is the true American dream story of Motown founder Berry Gordy’s journey from featherweight boxer to the heavyweight music mogul who launched the careers of Diana Ross, Michael Jackson, Smokey Robinson and many more. Motown shattered barriers, shaped our lives and made us all move to the same beat. Now, experience it live on stage in the record-breaking smash hit Motown The Musical!

DIRTY DANCING-THE CLASSIC STORY ON STAGE
APRIL 28-MAY 10, 2015
CITI EMERSON COLONIAL THEATRE
An unprecedented live experience, exploding with heart-pounding music, passionate romance, and sensational dancing. Seen by millions across the globe, this worldwide smash hit tells the classic story of Baby and Johnny, two fiercely independent young spirits from different worlds who come together in what will be the most challenging and triumphant summer of their lives. Featuring the hit songs, “Hungry Eyes,” “Hey Baby,”“Do You Love Me?” and the heart stopping “(I’ve Had) The Time of My Life.” You’ll have the time of your life!

NEWSIES
JUNE 23-JULY 5, 2015
BOSTON OPERA HOUSE
They delivered the papers, until they made the headlines… Direct from Broadway comes Newsies, the smash-hit, crowd-pleasing new musical from Disney. Winner of the 2012 Tony Awards for Best Score and Best Choreography, Newsies has audiences and critics alike calling it, “A musical worth singing about!” (The New York Times). Filled with one heart-pounding number after another, it’s a high-energy explosion of song and dance you just don’t want to miss.

KINKY BOOTS
AUGUST 11-23, 2015
BOSTON OPERA HOUSE
Broadway’s new high-heeled hit is the winner of six Tony Awards, including Best Musical and Best Score for Grammy-winner Cyndi Lauper. The story of Charlie Price, a man who has reluctantly inherits his father’s nearly bankrupt shoe factory. Trying to live up to his father’s legacy and save his family business, Charlie finds inspiration in the form of Lola, a fabulous entertainer in need of some sturdy stilettos. As they work to turn the factory around, this unlikely pair finds that they have more in common than they ever dreamed possible…and together they discover that when you change your mind about someone, you can change your whole world. Featuring direction and Tony-winning choreography by Jerry Mitchell and a spectacularly uplifting book by four-time Tony winner Harvey Fierstein, this red-hot musical smash has audiences dancing in the aisles every night, and now it’s your turn to join the celebration!

For more information about the series and the benefits of being a subscriber, click here. We hope to see you at the Boston Opera House and Citi Emerson Colonial Theatre for Lexus Broadway in Boston!