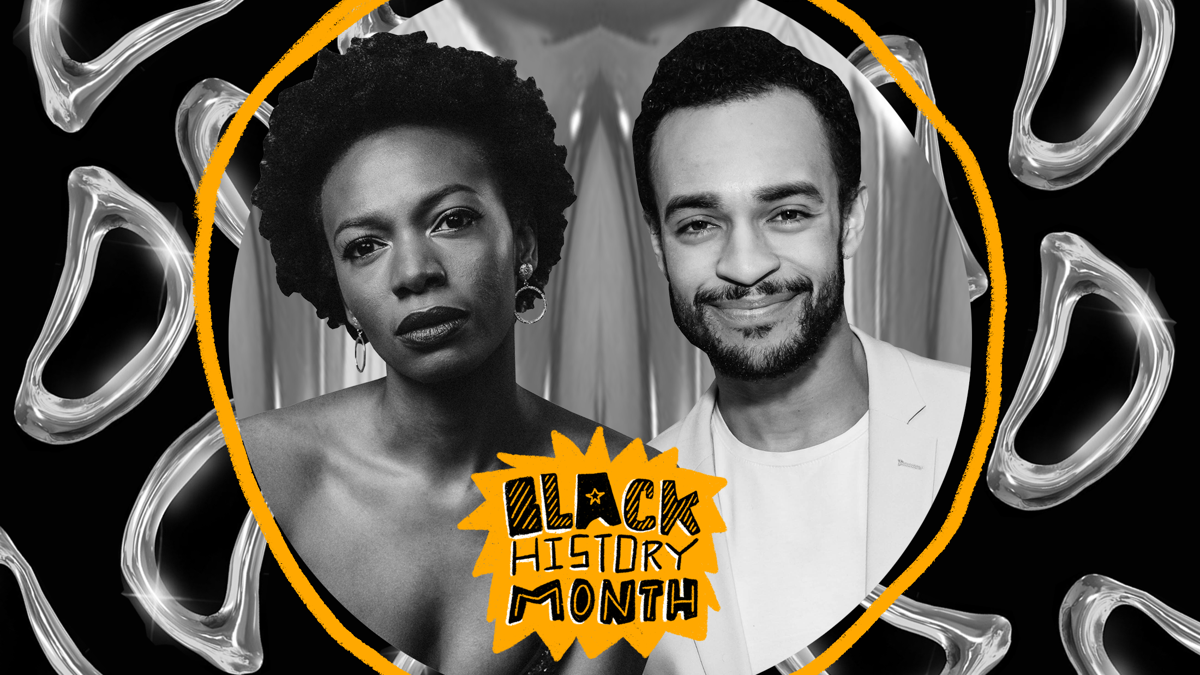 In honor of Black History Month, Broadway.com is once again inviting Broadway artists to celebrate the Black theatermakers who inspire them. Stars are taking this chance to honor their friends, mentors, co-stars and idols for this year’s edition. Continue reading to learn about this lovely friendship.

Kimber Elayne Sprawl was playing to audiences at the Belasco Theatre as Marianne Laine in Girl From the North Country, which officially opened on Broadway just six days before the shutdown. Sprawl made her Broadway debut in Beautiful, which is where she met today’s honoree; Noah J. Ricketts.

After making his Broadway debut alongside Sprawl in Beautiful, Ricketts became an ensemble member and understudy in Frozen. In February 2019, he took over the role of Kristoff from original cast member Jelani Alladin and performed in the show until its closing.

Sprawl on Ricketts: “The artist I would like to acknowledge is my best friend Noah J. Ricketts. During 2020, Noah stepped into his power and reclaimed his artistry and purpose in a way that was so compelling and brave. He created a lot of art that he’s going to be very proud of for years to come. It was so inspiring to watch. He always inspires me, but this past year especially. I want to lift him up as the beautiful, strong, Black man he is. I love you, Noah! Black people—you are strong, you are capable, and I am so proud to be a descendant of such mighty people. I’m so proud to be a Black woman.”