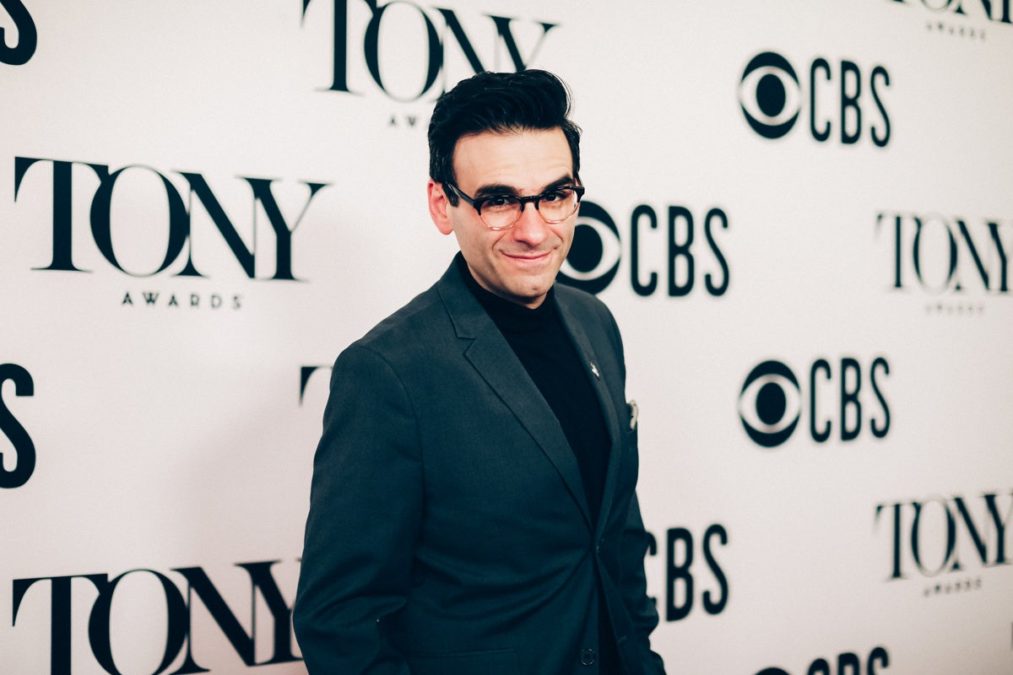 John Gore and his family of companies is proud to announce their partnership with MelodyVR to bring, for the first time ever, editorial virtual reality content to Broadway. This partnership creates an entirely new format and distribution mechanism for theater-related editorial content, allowing both Broadway fans to discover the wonders of VR and existing VR users to experience the excitement of Broadway.

Kicking off the inaugural rollout of never-before-seen content is an exclusive experience featuring 2019 Tony nominee Joe Iconis, in which he takes viewers through a tour of the Tony Awards suite at Sofitel New York, before heading to his new Broadway musical Be More Chill. The content will be released in companion with the CBS special At the Tonys as the community gears up for Broadway’s biggest night. The Be More Chill experience will be the first step in production-driven content. As a leader in capturing and distributing live concerts in VR, MelodyVR, in partnership with John Gore and his family of companies, is creating the opportunity for the first Broadway show to be streamed straight to your home in full immersive virtual reality.

John Gore, owner and CEO of the John Gore Organization, said, “Every single thing we do at JGO is centered around the goal of serving tantalizing content to theater fans, regardless of their geographical location. Using VR technology is just one more way to deliver Broadway to fans around the globe, especially when the live experience of Broadway and touring Broadway is beyond their reach.”

Jerry Goehring, producer of Be More Chill, said, “We at Be More Chill immediately recognized the exciting potential of bringing Broadway to fans everywhere via virtual reality. We’re excited to be part of this partnership’s debut and look forward to giving fans across the world access to our show in this revolutionary new platform.”

Anthony Matchett, CEO of MelodyVR adds, “Having achieved a series of groundbreaking firsts with the music industry, I’m thrilled to announce our partnership with John Gore, which will see globally recognized theatrical productions made available to consumers worldwide. At the core of MelodyVR, is our vision of connecting fans with unobtainable experiences, in new and immersive ways. Musical theater is a natural evolution in our journey and I’m pleased that we’ll soon be delivering even more amazing content to consumers via our partnership with JGO.”

MelodyVR has partnered with a huge array of international artists to build the world’s largest library of immersive and interactive virtual reality music experiences. Via the MelodyVR app, users can access a unique and world-class set of original experiences, captured from multiple points-of-view to give fans complete control over what they see and where they stand. MelodyVR’s unique “jump spot” technology puts the VR audience fully in control, allowing fans to move from the pit, to the side of stage, to the crowd, with the touch of a button.

The John Gore Organization is the leading developer, producer, distributor and marketer of Broadway theater worldwide. Under the leadership of 13-time Tony-winning theater producer and owner John Gore, its family of companies includes Broadway Across America, Broadway.com, The Broadway Channel, BroadwayBox.com and Group Sales Box Office. The company presents shows in 45 cities across North America as well as on Broadway, Off-Broadway, London’s West End, Japan and China. It has won Tony Awards in every producing category as well as numerous other Drama League, Drama Desk and Olivier Awards.